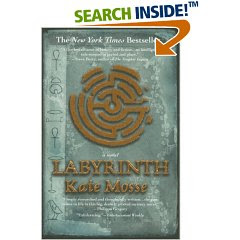 "Labyrinth" moves between two main characters, Alice Tanner in present day France, and Alais in the French city, Carcasonne, in the 12th century.

This book was entirely too long. At 528 pages, "Labyrinth" was more of a well-written history book than a mystery novel. Cathars, the Grail, Egypt, French stuff, bloody wars in the name of religion, etc. I can't be bothered to go into detail.

Basically, a decent storyline, with characters whom you do actually care about, was bogged down by way too much historic detail and an unbelievable ending.

"In the Woods," by Tana French 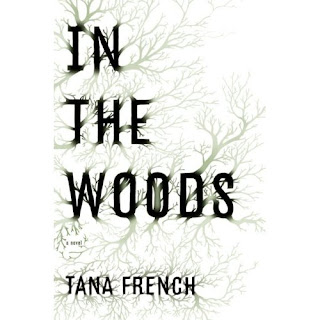 Part police procedural, part psychological thriller, this debut novel by Tana French pushed aside the conventional whodunit crime story. There are two major mysteries throughout "Woods," possibly intertwined, with even a dash of political controversy to add to the mix.

Knocknaree, Ireland, 1984, three children go to play in the woods. Two never came back out. The one surviving child, Adam, is found by rescuers unresponsive and clinging to a tree, fingernails broken off into the bark, shoes filled with blood. Adam, unable to speak of or remember what happened in the woods, moves away and changes his name.

Fast forward to present day, Adam, now called Rob, is a detective on an elite Murder Squad. He and his best friend and partner, Cassie, take a case of a murdered little girl who is found in Knocknaree. Similarities between this new case and the one in 1984 begin to take their toll on Rob. With bit by painful bit, memories start coming back to haunt him, driving him to drink. The effects of alcohol and the terror of possibly remembering what happened to his childhood friends crosses over into his job as a detective and the relationship with his partner.

When I finished this book, I was upset at how it ended. I cursed. "What a crap ending," I thought.

I couldn't stop thinking about it, and slowly I came to realize that, had I been the author, I'd have written it exactly the same way. As a reader, I doubt any neat little ending that wrapped up the 20-plus-year old mystery would have satisfied me. Now, the author could be leaving room for a sequel; it's entirely possible. But if not, I'm actually now thinking, "Well done, French. Well done."